In this section
New and Resources
Useful Links 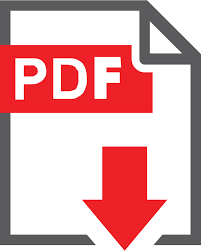 Purpose of the terrorism pool

Through the terrorism pool, insurance companies can choose to reinsure the risk of claims for eligible terrorism losses by electing to purchase terrorism reinsurance from ARPC. Consequently, holders of eligible insurance contracts will be covered in the event of a declared terrorist incident, with insurers required to meet these claims in accordance with the other terms and conditions of individual policies.

Claims against the terrorism pool are paid once an individual insurance company’s total claims exceed its risk retention. ARPC’s pool of retained earnings will meet claims until the agreed retrocession deductible is reached. At this point, claims are funded by the retrocession program. Once retrocession is exhausted, claims will continue to be met by the Commonwealth guarantee. The total capacity of the terrorism pool is just under $14 billion (as at January 2022). If the responsible Minister considers that the amount paid or payable under the Commonwealth guarantee will exceed $10 billion, the Minister must also announce a reduction percentage. This will have the effect of limiting the level of cover, by reducing the amount payable by the insurer to the policy holder.

Background of the terrorism pool

The TCI Act was originally established following the withdrawal of terrorism insurance cover by the private insurance market after the 11 September 2001 terrorist attacks in the United States. The Australian Government was concerned that the lack of comprehensive insurance cover for commercial property or infrastructure would lead to a reduction in financing and investment in the Australian property sector.

The TCI Act overrides terrorism exclusion clauses in eligible insurance contracts, enabling coverage of eligible terrorism losses arising from a declared terrorist incident. The Act requires that a review be conducted at least once every five years that examines the need for the Act to continue in operation.

The Minister is required to officially announce a declared terrorist incident before the provisions within the TCI Act can be triggered.

The premium charged by ARPC for terrorism reinsurance is determined by Ministerial Direction.

Eligible property includes commercial and industrial buildings, mixed-use buildings with a floor space of at least 20 per cent used for commercial purposes, and high-value buildings with a sum insured of at least $50 million, whether used for commercial or other purposes. Coverage includes fixtures, the contents within those buildings and associated business interruption. Eligible property also includes commercially owned infrastructure such as roads, tunnels, dams, railways, and pipelines as well as sites covered by a construction policy. Farms can also obtain cover if they hold insurance against business interruption.

An eligible terrorism loss does not include a loss or liability arising from the hazardous properties of nuclear fuel, material, or waste.

ARPC’s premiums are used to fund its operations and build the claims reserve available to meet future claims.

The terrorism pool is supported by a $10 billion Government guarantee.

Claims against the terrorism pool will be reimbursed to the insurer as per the Reinsurance Agreement with ARPC.

Reinsurance: Insurance for insurers – for example, to make sure they can pay many claims in a natural disaster, or to cover situations where they experience claims from policyholders that are higher than a certain value. ARPC operates a reinsurance pool for declared terrorist incidents and a separate pool for declared cyclone events.

Contacts and further information: This fact sheet is designed to provide media representatives with relevant information on the cyclone pool. For further information, please contact [email protected] or Alexander Drake, Head of Public Affairs on (02) + 61 2 8223 6777